Whenever I think of a real Toby jug, Royal Doulton is the maker who comes to mind. A few years ago I bought these 4 miniature jogs as I just love the British pottery style. I wrote about my grandpa’s mug in another post over the winter and my love of the style and memories it evokes.

I never really examined the bottom makers mark on the miniature jugs I had bought until recently. They are marked “Artone , Made in England.  So I did a google search to see what I could find on the history of artone pottery.  The company was formed on the Ellgreave Pottery site which had been in existence since 1921 which was located in Burslem, Staffordshire, England. Artone Pottery leased part of the facility in 1946  and continued until 1993 when Artone ceased to exist. 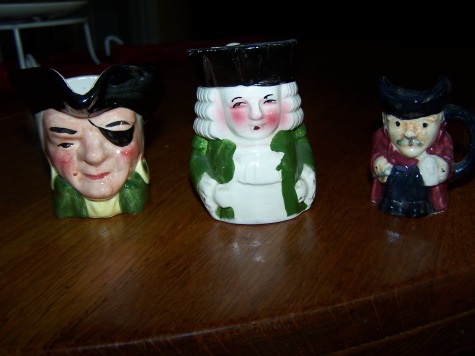 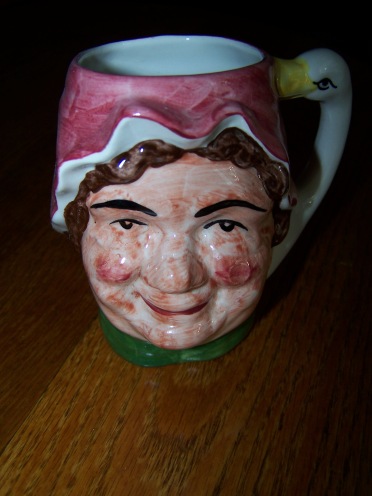 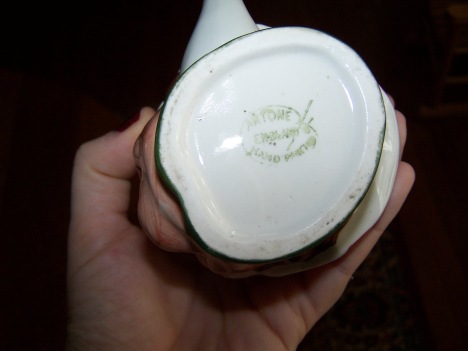