This year has been one of snow and cold. I am not complaining as I live in the northeast and am used to all the snow. I even will admit that I like the snow bt this year seems to be one storm after another. And today is not different. Stay safe and enjoy watching the snow come down. 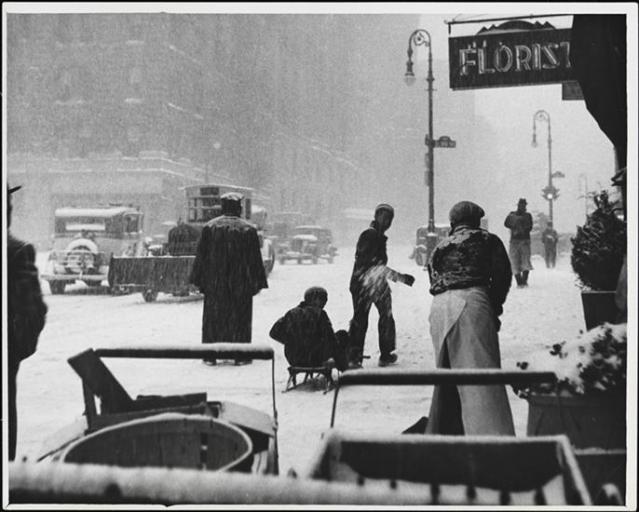 “Snow Scene on 96th Street,” near Madison Avenue (1932) John Albok photographer. From the Collections of the Museum of the City of New York

If you are interested in images of New York City then head on over to the Museum of the City of New York’s Website. They had a wonderful collection I recently discovered by the photographer John Albok. Such powerful images of events happening around his neighborhood. You cannot help but be touched by his work.

Central Park skiers, by 70th Street (1935) John Albok photographer. From the Collections of the Museum of the City of New York 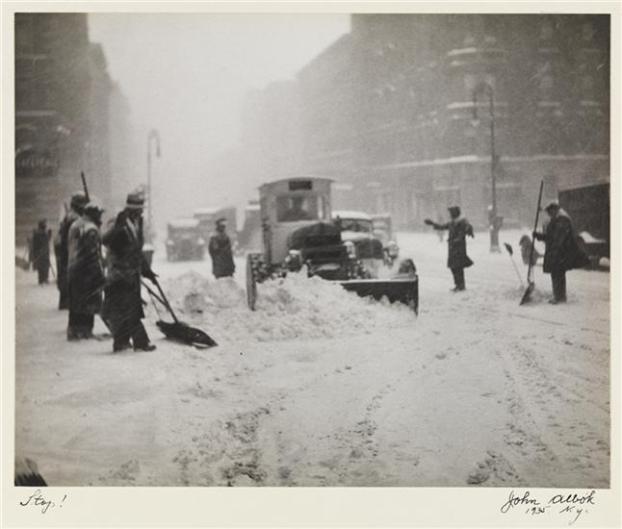 1925 storm. John Albok photographer. From the Collections of the Museum of the City of New York

While doing research on my family tree, I came across a branch that lived in the Fourth Ward of New York City from 1840-1875. They owned a boarding house at 22-24 Oak Street and worked on the docks as ship carpenters and riggers.  As I learned about this family through the census, vital records and directories, I soon came to realize that they were living in the time and area that was the premise for the Gangs of New York Movie.

The Fourth District, comprising the Fourth Ward, is bounded by Chatham, Catharine, and South Street, Peck Slip, Ferry, and Spruce Streets.   The Perry and Ferris Families must have had an incredibly hard life , working hard to survive the crime, disease and hard work of life. 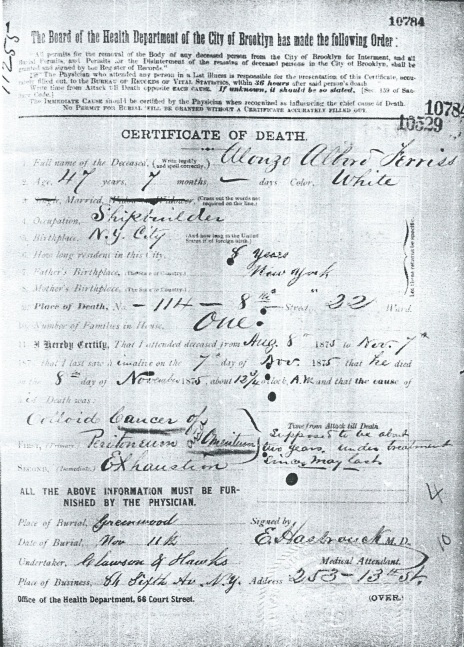 A Report of the Council of Hygiene and Public Health of the Citizens’ Association of New York upon the Sanitary Condition of the City, second edition  (New York: D. Appleton & Co., 1866)  shows that in 1866, there were 3 deaths from small pox at 22 Oak Street and at 24 Oak Street there were 2 cases of typhoid.

Alice Perry (my ancestor) died in 1860 at 22 Oak Street of a bowel disease but I would hazard a guess it may have been typhoid.